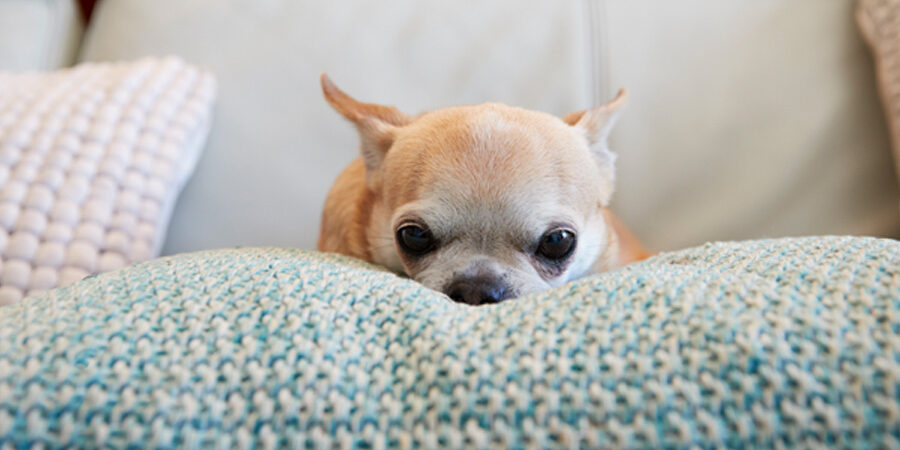 Going back to the previous blog, we were discussing my late Chocolate Labrador Retriever Bee. About three months before Bee passed, I saw a vinyl sign placed high on a fence next to a farm field. It had all these little chocolate lab puppies on it along with a “For Sale” sign. Something in my heart leaped. I called the listed phone number immediately. I was still in graduate school, so it wasn’t the greatest time for a new puppy. Thus I placed a downpayment in the hands of the breeders for a new puppy come 2022. I had no idea my Bee wouldn’t be around to see him.

On January 29, 2022, my puppy Little Dove was born. Five weeks after his birth, I went to visit the cutest little litter of puppies. There was one puppy who stood out… he let me cuddle him without struggle– he laid his head on my shoulder, snuggled up in my neck, and fell asleep. I felt a connection with him immediately. He was the only one I wanted to hold. I told the breeders I was going to pray for him, even though he was 3 lbs heavier than the rest of the litter at that time. I didn’t really want a big dog, but his disposition was made just for me.

Two weeks after my visit, when Little Dove was 7 weeks old, the race was on as the picking of puppies began. I was in Ireland at the time. The picking didn’t really matter to me because I had the last pick– this meant I would surely get the underdog. However, I did not care much as I knew I would get the puppy who was just right for me. I found out a few days later that I had won the lottery of puppies and got the one I prayed for! The owners were shocked and said I must’ve prayed hard because he was the best-looking dog in the litter. Little Dove was a potential champion dog, one of the best-looking puppies they’ve had in years… and I got to keep him! He was all mine.

Having Little Dove home, I am happier than ever to be his mom. I love to kiss him on his nose and right on his smacker. On the other hand, he likes to urinate in the house out of spite (he is 6 months old and potty trained). He runs away from me when he has my expensive Beats headphones chewed up in his teeth, drinks bleach and other toxic chemicals, eats his own feces and jumps only on my 60-year-old mom. Even with all my love, he can make me angry beyond recognition.

Last week, he decided to urinate in the crawl space of my home while I was bringing some storage items out. I witnessed him in the act– looking me straight in the eye, he squatted next to a few boxes and let it loose. The audacity! His rebellion and high-handed sin ruffled me feathers, and as I ran towards him to grab him by the scruff of his neck, I ran face first into a steel support beam. I fell on my behind, sitting there saying, “Wow… that hurt.” Birds were chirping around my head. I couldn’t really say much after that as my mind was blank, stars encircling me. Seeing this, Little Dove came running to the rescue. (Eye roll inserted). He licked me and cuddled up to me, feeling bad for sinning against me. I had a knot on my head that looked like half of a ping pong ball inserted under my skin. Whacking into the beam at full speed, I hit my face in just the right spot. The bones around my right eye socket protected me, only leaving me with a few bumps and scratches. Little Dove likes to cause trouble and irritate me. I cannot break his spirit– he is as free from guilt, shame, and forced captivity as a wild horse.

I tend to act like Little Dove at times. I intentionally act foolishly (thinking I am funny at times), hurt someone else in the process (especially those I love), then feel bad and try to make it better– yet the other person is still reeling from the pain. I get in their face trying to help, but all they really want is for me to go away. Is this you too?

Relationships can be like this. Tit for tat. Or even just us being the antagonizers– the instigators. But we can stop this cycle by seeking a heart change. With a heart change, behavior changes follow. Let our counselors at NuWell guide you into freedom from the chains of relationship struggles. Depression and anxiety, fear and anger, resentment and unforgiveness, can all lead us to act foolishly, out of rebellion at times. At NuWell, we can show you how to start living a life free of this cycle. Let our professional counselors be of help to you, and maybe the Little Dove in you can become a mighty peace warrior.