Satan is Attacking the Family 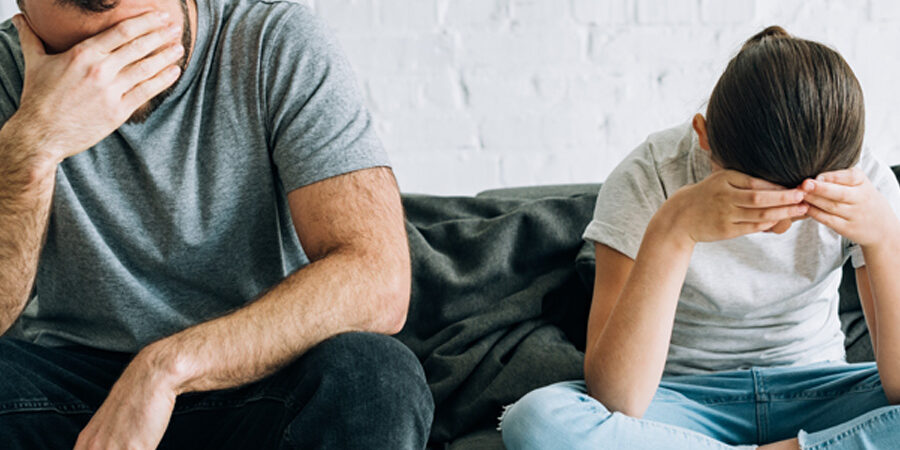 He’s attacking with a Spirit of Division.
Through the demonic spirit of cooperation.
This is revelation knowledge.
What the Lord has for me to share with his family deals with the fact that we have to heighten our understanding and reframe our perspective around Spiritual Warfare. Which is to say, we typically look at spiritual warfare as something I’m up against and fighting against Satan. We rarely speak on it as something WE are fighting in our family system against Satan AND his legion of demons. We’re so focused on ourselves and who is in front of us that we’re missing the sneak attack.
For example, you undoubtedly recall how fights escalated back in the day. It all started with you and so and so. Then so and so’s cousin got into it with your cousin such and such. Remember how it was staged and played out as such. In essence, this is how spiritual warfare works. That’s why it’s called a spirited attack. It’s WWE tag-team style. Speaking of wrestling, this is the scripture the Lord gave me. It’s a most familiar passage of scripture found in Ephesians 6. Surely, we’ve all heard it before but let’s shine some revelation knowledge on it.
“For we wrestle not against flesh and blood, but against principalities, against powers, against the rulers of the darkness of this world, against spiritual wickedness in high places.” Ephesians 6:12
What are we doing instead? Mud wrestling against each other. Reacting in the flesh (in our carnal feelings) to spiritual warfare. Slinging mud back and forth at each other. Satan is the promoter. This is why nothing has changed. We react by saying I’m not messing with them anymore. I and my Sister aren’t speaking. Again. I can’t stand my Mother-In-Law. She’s cut off. I don’t deal with my Father’s side of the family. The list goes on and on for all of us. Our corner man is the cornerstone and he’s saying we have to change our strategy.
Here’s how we do it. I want to give you 3 ways to fight the good fight of faith Ephesians talks about by putting on the full armor. Specifically, guarding your grill and protecting your dome with the helmet of salvation, which is mostly on the line.

You think you’re fighting spiritual warfare by yourself against someone else in your family. And you think you’re fighting against each other. But it’s a coordinated attack between monitoring spirits that have been operating in your family for generations and each knows your tendencies and weaknesses. And so they play off one another.
It’s like two fighters being in a ring and both corners (or trainers) are working together against the fighters. The boxers are fighting each other but they’re both fighting with a losing strategy. Or, to use
the analogy of tag team wrestling. The spirit of depression and anxiety knows how to pin you down on the mat and tags suicide ideation to come flying into the ring with alcohol, pills, or fentanyl to take you out. Behind all of that is a strongman
Spirit of Pharmakeia that the Book of Revelation talks about in these last days.
The point is, that this demonic attack and activity are organized. Spirit of Resentment in you is working with the Spirit of Anger in another family member so the Spirit of Rejection jumps in and sneaks in a punch by telling that spirit of anger not to invite you to the cookout. Or the spirit of jealousy in someone else close to you works with the spirit of pessimism by killing your dreams or that new business you want to start. It’s akin to “getting jumped” back in the day. That’s how Satan fights. He jumps you with different demons that are fighting together against you but through someone you love so you never see it coming.

It has generational implications. Satan is causing division between you and your children so your relationship with your grandchildren gets severed. And you’re both sitting there feeling justified in your anger (and with good reason) but understand who is really winning. Understanding who is really behind it and how it was a setup will make you pick up that phone and say “Hey baby girl, let’s start working on ending this estrangement. it won’t happen overnight but we
must start somewhere.” Or, “Dad, what happened really hurt me but it’s not right to hurt my innocent daughter or son by keeping them away from you.” And how about “Mom, what you said was wrong, but while we still have time together it would be wrong of me to because I will feel terrible if something were to happen to either one of us and things were left undone.”

3.) Fighting Together Means We Have To Bind It Together

Matthew 18:18 says whatever two or more of you bind here on earth it is bound in Heaven. Bind the spirit of division in your family here and that spirit is bound by the heavenly courts. There is a court in Heaven and he is the fair and righteous judge. Christ is our mediator and Satan is our accuser.
Stop gossiping and taking your disputes to people who are not wise counsel and might also be working against you. With or without knowing it. Take it before God before you pick up the phone and receive a message from the enemy. Not the person you called but the spirit of envy that’s operating behind that person who is jealous of your relationship. How does this happen? Ladies, especially know the enemy tells you what you want to hear? To divide you and your man. From the beginning.
Now you can’t wait for your husband to come home. That spirit of division has been in your ear all day long. Why we must come together and bind these things so they can no longer operate against us. There are times to protect your spirit but things will change when we change how we’re looking at it. Look at these strongman spirits from the perspective of your family system and you will see patterns emerging. This is what it means to break generational curses. Instead of looking at the behaviors or symptoms, such as Alcoholism, we must get to the root cause.
Behind it, all is the spirit of division, pride, and spirit of rebellion. Division says we’re split. Rebellion says it is what it is and it’s their fault. “From now on families will be split apart, three in favor of me, and two against—or two in favor and
three against. ‘Father will be divided against son and son against father; the mother against daughter and daughter against mother; and mother-in-law against daughter-in-law and daughter-in-law against mother-in-law.’ ” Luke 12:52-53 NLT
Why?
He wants to know where your heart is. Where your love is. And where you stand. Are you going to stand with him in that situation with your family member or fall for the spirit of division by holding on to that resentment & keep not speaking after all these years? Jesus goes on in that verse to say it’s like going to court with your accuser. He says to settle the matter with your accuser before you get to the judge and get turned over to the authorities and tossed in prison. Time is short. Settle it today. Start today. Make that call today. They might be locked up but send1 that letter to them today. Tell them you just called to say you love them. Today.
Category: NuWELLBy NuWELL Online CounselingJune 6, 2022Leave a comment