The True Value of Relationships 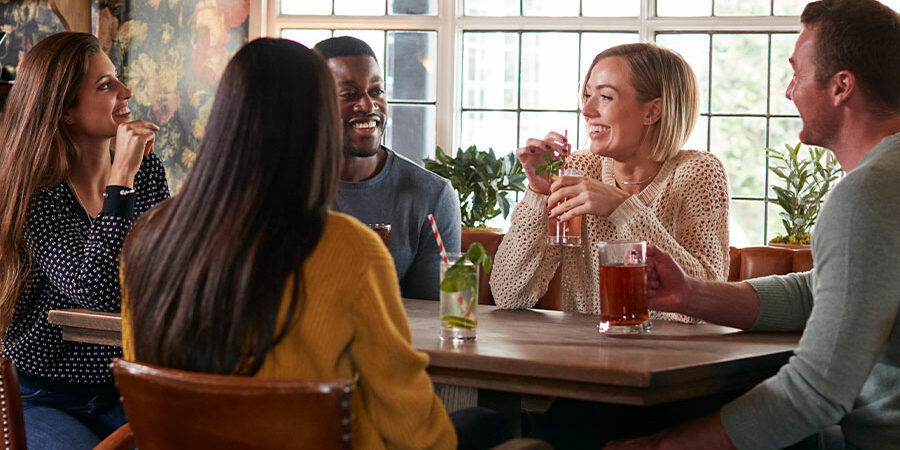 An average financial advisor or investment professional might tell you that your greatest asset is your home.  A better-than-average one would likely tell you that your ability to work and generate revenues or your intellectual property and acumen are your most valuable possessions.  After all, we do live in the information age and have unprecedented access to the global economy by way of devices that fit in our pockets.  I, however, would like to contend that you have no original and groundbreaking idea or commodity that is more significant and critical to your success and subsequent joy than your relationships.

The very definition of you, your identity, is inseparably tied to who you are in your relationship to others.  When we begin to lose sight of the importance of our connection to others as an identifier, we start replacing our identities with our roles in life – a fairly big and all too common mistake.  As a relationship educator and student of human nature, I have read, spoken, and written about the comparative significance between our roles and our identities in numerous formats and spaces.  It is a distinction I think we must all be reminded of with a fair amount of regularity, as cultural influences constantly bombard us with messages that cause confusion of one for the other.  We can easily ascertain the distinction between the two by their definitions.  Dictionary.com offers the following descriptions of the terms:

role – (noun) the part played by a person or thing in a particular social setting, influenced by the expectation of what is appropriate

identity – (noun) the condition of being oneself or itself, and not another

The basic differentiation is quite simple and can be conveyed in basic language.  Your role is what you do; a part you play.  Your identity is who you are; your condition of being.  But living out the differences isn’t just a rudimentary exercise.  It requires a bit of intentionality and focus.  And that focus cannot simply be on the self; it has to be on ourselves with copious regard for others.

Think about our purpose as God’s most beloved and precious creation.  We were created for and called to be in a relationship with an omnipotent God.  He put us here so that we might commune with Him and wired us in such a way that we can only be at our best and operate at the peak of efficiency and effectiveness when we are deliberate about maintaining our relationship with Him and with each other.  In fact, the words relationship and together appear in the bible a combined total of nearly 500 times, and a God who describes Himself as love and commands us to love surely has a priority on the interpersonal.  Even the two institutions he created, marriage and the church, are all about and dependent upon relationships.

Take a moment to recall your greatest achievements.  What would they mean to you if couldn’t have celebrated them with others?  Consider the mountains you’ve climbed (virtual or literal) and the obstacles you have overcome.  How well would you have handled such difficulties if you had to face them alone?  If you have managed to break all such barriers in your life on your own (congratulations Mr. or Ms. Overachiever), then how might you have done so were it not for one or more capable teachers, advisors, or exemplars of how to?  Could you have risen out of the darkness of depression if you didn’t have a God to pray to or a friend to pull you up when you were too weak to persevere alone?  Would your happiness ever morph into joy and then swell to become sheer ecstasy if you weren’t able to share that happiness with a special someone?

In my work as a faith-based therapist and life coach, I run into individuals, families, and couples with a myriad of issues and tribulations.  Each of them is unique and requires something more than a cut-and-paste approach to healing and wellness.  I must carefully craft a treatment plan that is specific to their needs, desires, abilities, challenges, and goals.  However, regardless of the situation and across the board, I always and without fail seek to co-create the life my clients desire for themselves by guiding them to repair, recalibrate, and refocus on the same basic things – their most significant and intimate relationships.  Anything else we might set out to do would mean little to nothing without that feature.

As a general practice in my everyday life, I try to give an intentional amount of time and focus to each connection point I have with others.  Can I give the same time, energy, and focus to everyone?  Certainly not.  I can, however, offer an authentic version of myself in any and all interactions.  While that authenticity will vary from one connection to the next in terms of duration, space, and intimacy, it gives me an opportunity to maximize the value of each of them.  Had I not allowed myself to be receptive to the connection I made with the founder of this very organization, who actually rejected my initial overtures to partner professionally but still managed to make me feel valued and respected, then I might not have been comfortable with approaching him again 18 months later.  Synergy was not obvious at the time of our first interaction, but we were a match made in heaven less than two years later.  Had either of us been dismissive, resentful, or dogmatic during that first encounter I would have missed the chance to walk in my calling and work shoulder to shoulder with this wonderful collection of counselors, coaches, and consultants.  For that, I am truly thankful.