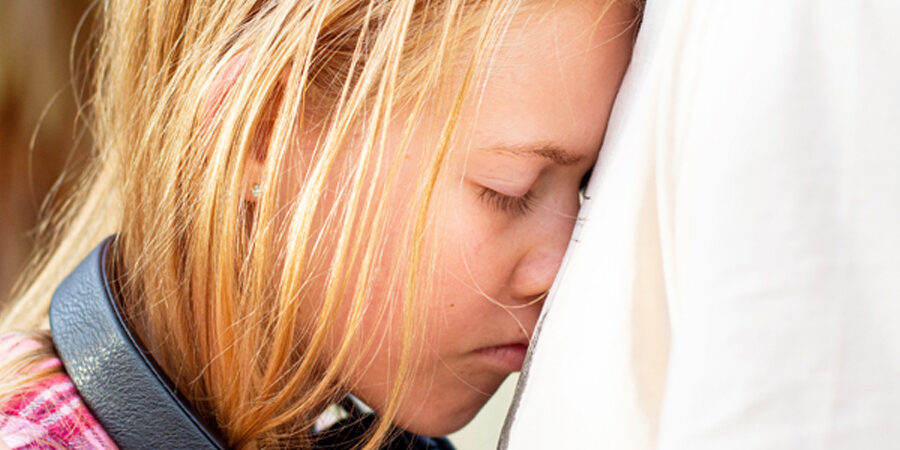 Let’s get one thing out in the open: Christian teenagers will struggle with depression or anxiety in one way or another; it’s common. They might feel completely alone as they tackle these new waves of emotional sensation and believe they’re the only ones experiencing them. Social media certainly doesn’t help. Teens see the carefully crafted images of influencers or the happy faces of their classmates and conclude that they must be the one with the problem. They’ll withdraw and decide they’d like to suffer by themselves.

One of the ways we can begin is to explain to them how normal it is for them to experience these emotions and the confusion that comes with them.

As disturbing as this data is, it can be a valuable resource for understanding and acknowledging how prevalent anxiety and depression can be among teenagers. Even in the Bible, titans such as Paul and King David struggled against anxiety.

Anxiety and depression are two sides of the same coin. Sure, someone can be one without the other, but about 50% of people are struggling with both. One in every 5 teenagers thirteen to fifteen will experience major depression, and usually, anxiety comes before that.

Aside from using stats and the Bible to help Chrisitan teens understand that anxiety and depression are common, one of the strongest ways to help them understand is to be open about mental health in your home. Normalizing these as a consequence of our sinful nature and showing your teenager that they’re not alone in their mental struggles will go the extra mile and provide them a helping hand. Take a moment to analyze their behaviors and moods. Speak up when you notice them acting differently; acknowledge and validate them and ask how you can help.

Such attitudes can lead to anxiety and depression in Christian teens becoming worse and even more dangerous. They may seek to self-harm in order to find temporary relief or seek suicide as a permanent solution. By fostering a culture of honesty and trust, we can provide a godly safety net for our teenagers in the Christian community to fall comfortably into whenever mental health struggles arise. Anxiety and depression are byproducts of a broken world tainted by the sin of man after The Fall, just like physical pain.

Another factor to consider is that teenage anxiety and depression is variable. How it affects one teen is not how it could affect their friend. Subscribing to any stereotypes about mental illness can create friction and conflict with Christian teenagers in this critical stage of mental development. Despite this, one thing is certain: anxiety and depression in Christian teenagers are treatable!

NuWell Christian Counseling is the best online resource for Christian teens and their parents to find a counselor that utilizes the compassion of Christ and Biblical treatment methods to personally invest in your unique situation and help find a solution through mental health science and the grace of God through Scriptures.