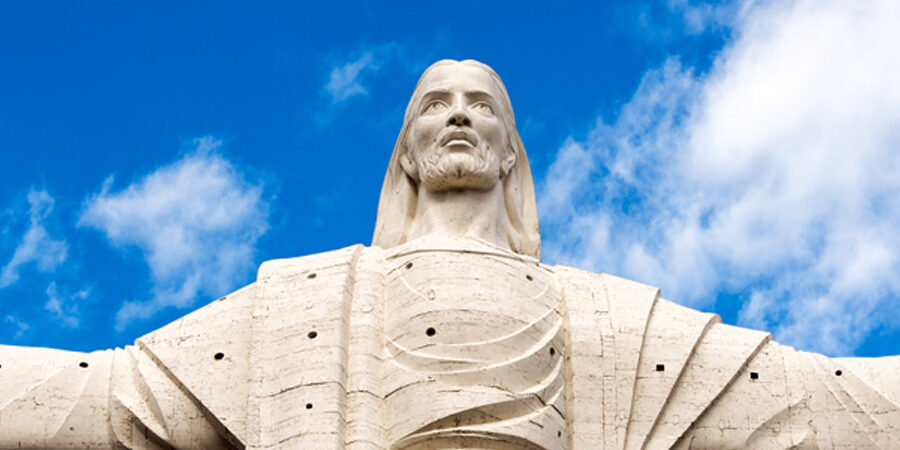 Who is Jesus Christ?

Jesus Christ, the second member of the trinity (Father, Son, Holy Spirit), is the Savior of the world- the one and only begotten Son of God.  He descended from His exalted position on high to come in the form of a man, a servant, to relate to and atone for His beloved flock.  He came to provide us with an opportunity to know Him and to understand Him as He relates to us.  He came to show us how to live, to display His sacrificial love, and to display His willingness to do all things and go to any extent to save us from sin and death, which came into the world through the fall of His creation.  Jesus was mocked, derided, and murdered to bear the weight of our sins upon His own back, so that we may have the opportunity to spend all of eternity with God.  The completion of atonement came through the resurrection of Jesus Christ from the dead.  To me, Jesus provides love, friendship, comfort, strength, understanding, and all good things.  He not only wants to do this for me but for all who call upon His name, for He is no respecter of man, so what He does for one, He will do for another.  As a result of my sin, I deserve eternal condemnation, shame, and guilt, but instead, He looked upon me with favor and love, and with a smile in His eyes, He lifted my head to tell me that there is hope and a future.  The due penalty of my err, just one – one single sin, requires infinite, eternal punishment.  What fierce, merciful love we have at our access.  His love is like a wildfire, a mighty rushing wind, a wave that touches the sky, to spare us from eternal damnation by executing a plan that would cause Him even more pain.

What’s with Jesus’ deity and humanity?

Jesus died according to His human nature, not His divine nature; God did not die, the God-Man died.  Jesus had both a human will and a divine will, which belonged to His two distinct natures.  Anything accomplished by either nature was accomplished by the person of Christ.  Jesus experienced temptations in His humanness, but He resisted them in His divine nature.  He could not sin because He did not have a sinful nature; a sinful nature is not required to be human, as Adam and Eve were born without sin.  He could not sin.  Although He was tempted and His temptations were real (Luke 4:2), He was without sin (Hebrews 4:15).